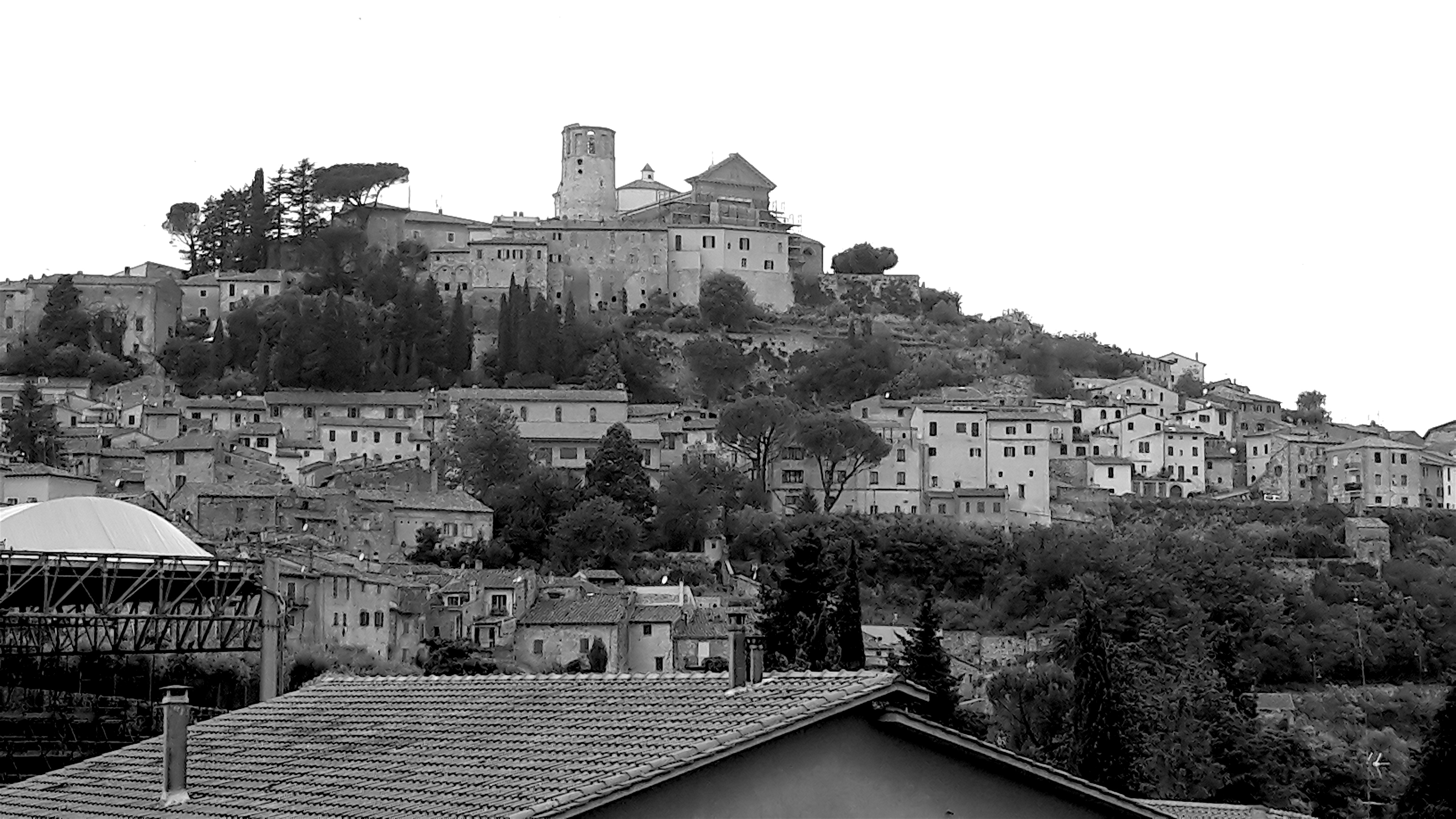 The town of Amelia, Umbria (Italy)
On June 24-26, 2016, the 8th Annual Interdisciplinary Art Crime Conference took place in Amelia, Italy (read here the full program). The continuity, consistency, high proficiency and expertise of speakers, as well as their cross-continent origins render the conference a truly unique event for the art crime field and for all those sincerely interested in combating all kinds of art crime and illicit trafficking in cultural property - which are to be recognized a crime against humanity for the unscrupulous violation of our Right to Culture.
The Amelia conference is organized on the annual basis thanks to the commitment and efforts of the Association for Research into Crimes against Art (ARCA), its founder and president Noah Charney and its operational and scientific team lead by the director Lynda Albertson. Thus, the conference, in a two-day format inserted into the fascinating context of the Mediaeval Amelia, is aimed at uniting together specialists and scholars belonging to the fields of heritage protection, criminal justice, law, law enforcement, national and international police forces, archaeology, art history, museology, cultural heritage management and others.

The 2016 edition started with an opening address highlighting the intrinsic value of Culture itself which is at stake whenever we talk about any specific type of art crime, while the concepts of Right to Culture and Value Education as applied to the heritage protection and illicit trafficking were given the key priority. The following eight panels concentrated on a number of transversal thematic macro-areas: from legislative gaps in civil, national and international heritage protection law to prosecution case-studies in the Balkans, Italy and other countries, from the illicit antiquities vicious circles ‘smeared with blood’ to the fake and forgeries ‘industry’ and rhino horns trafficking.
A special attention was given to the Middle East situation, with the panel dedicated to the non-simple balance of Archaeology and Politics ‘in the midst of a perfect storm’. The in-depth presentations focused on case-studies of Occupied Palestinian Territories, Syria and Yemen. Of enormous importance was the presence of three ARCA Minerva scholarship holders originating from Syria, Yemen and Iraq that generously shared their testimonials about the importance of heritage protection in their countries. In fact, this scholarship initiative was born in response to the growing concerns about the violent destructions of heritage in conflict areas. Hence, each scholarship grants a full tuition waiver to candidates coming from the above-mentioned countries and Libya for attending the ARCA intensive Master program in Amelia. 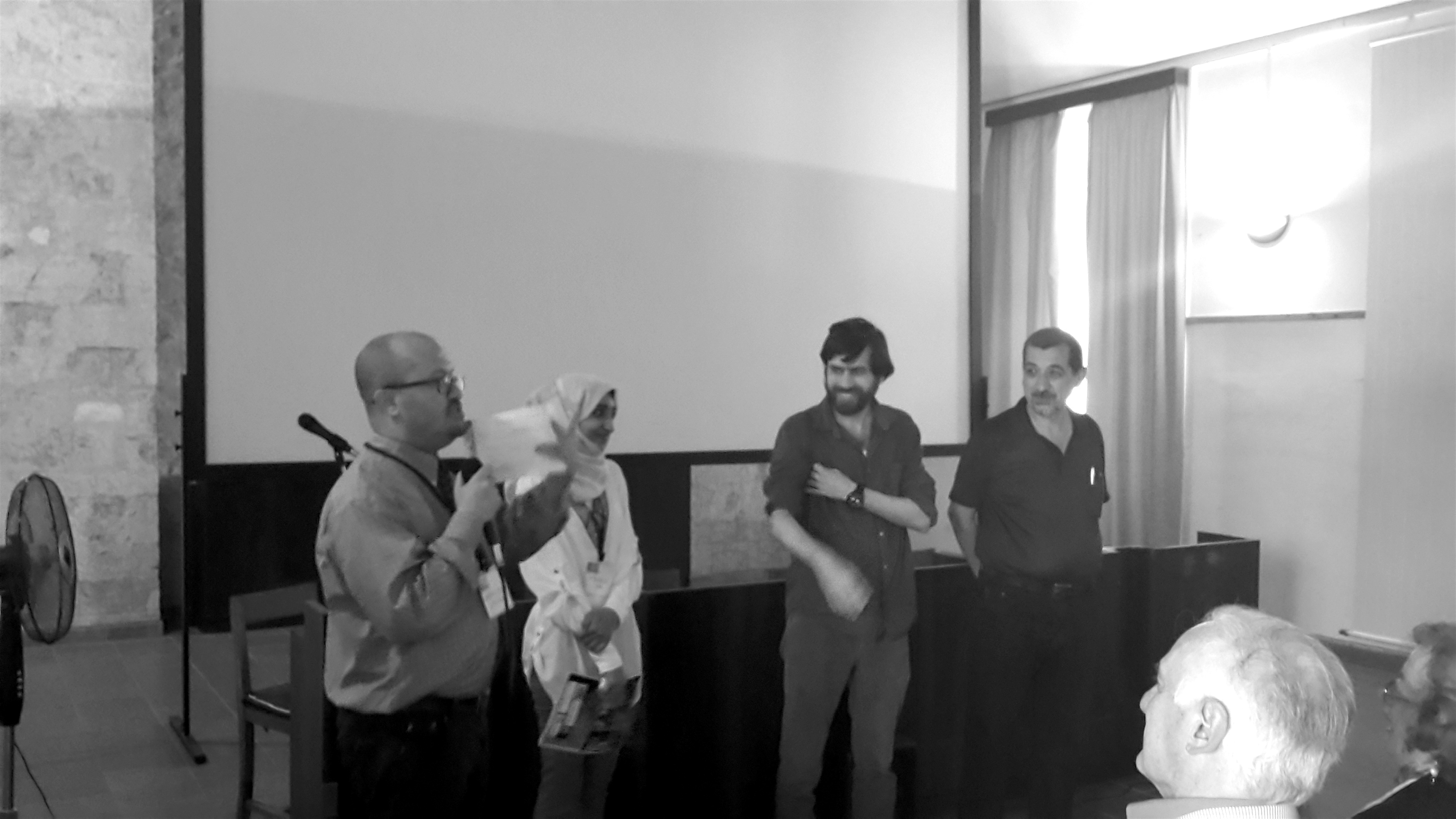 Minerva scholarship-holders from Yemen, Syria and Iraq with Samer Abdel Ghafour, Chair of the panel “From Mesopotamia to South Arabia via the Levant: the Impact of Archaeology and Politics on Endangered Antiquity in the Midst of a Perfect Storm”
The Sunday panels were distinguished, among other speakers, by a presence of representatives from law enforcement authorities on national, the EU and international levels, such as the National Police of the Netherlands, EUROPOL and INTERPOL. In the respective talks, the never-resolved problem of the burden of proof was underlined which renders the work of law enforcement extremely difficult as related to art crime: you have to be able to prove that this or that artefact on sale is coming from the specific country, was exported and imported illegally and, furthermore, after the entry into force of the specific legislative instrument to be enforced. However, it is fundamental to stop treating art crime as something separate and ‘soft’: if we don’t have bicycle crime why do we have to distinguish art crime instead of treating the criminals for what they are, no matter what the object of crime is? The crime against culture could become even an aggravating element in these cases.
Repeatedly and from various perspectives, the necessity of ‘investing in minds and in people’, through education and academic activities, was underlined. Thus, not only bottom-up approach on the sites with the awareness-raising of local communities, but also and especially re-education of byers in discouraging them to purchase unethical cultural objects, as it is in market countries where the illicit chain really starts. To put it with the words of Professor Giorgio Buccellati (Founding Director of the International Institute of the Mesopotamian Area Studies, University of California, Los Angeles), “education is about giving power and learning power”, which is a mutually enriching process able to give results in the long-term perspective of human development. 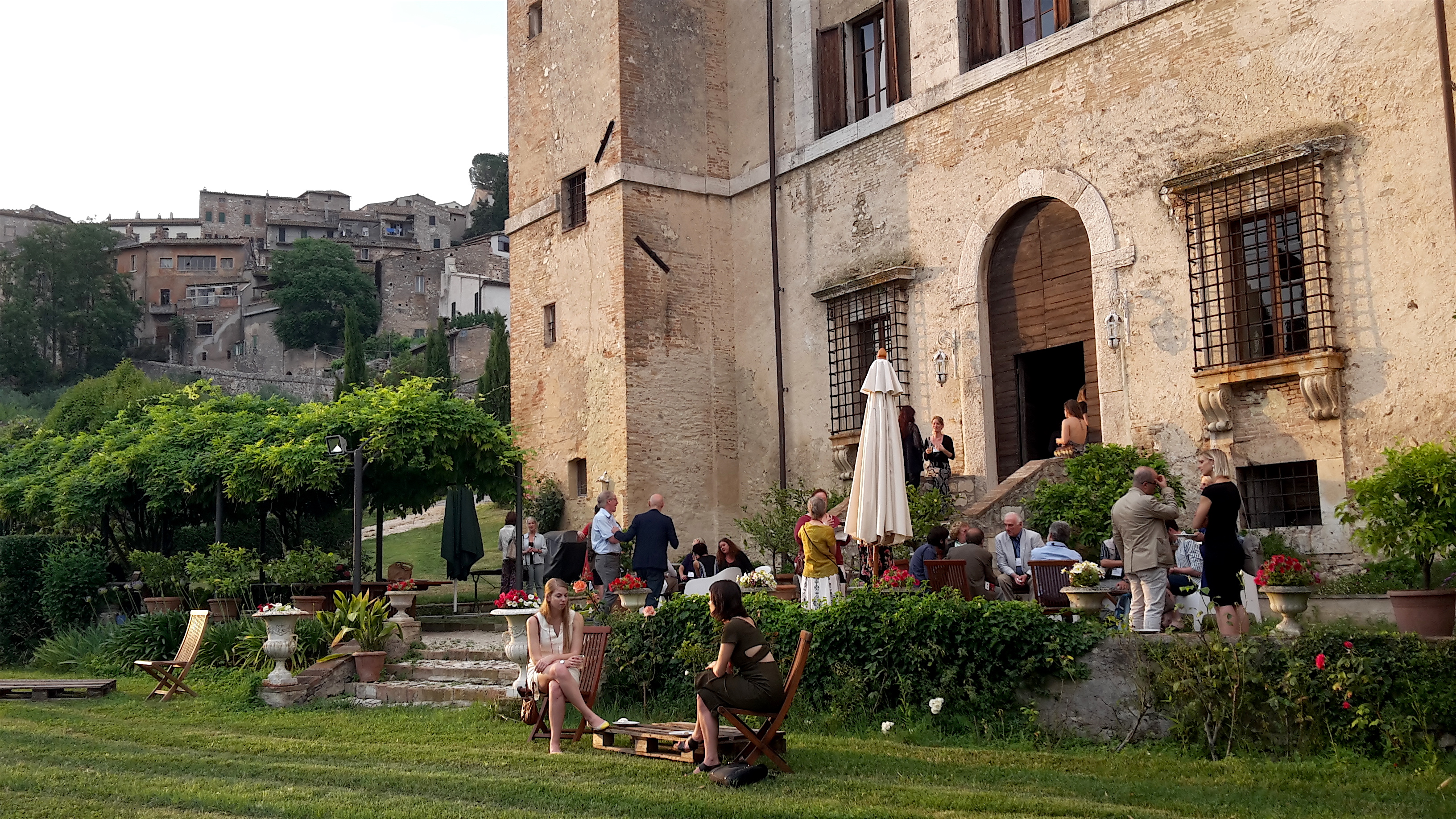 Cocktail reception and networking time at the 2016 Art Crime conference, Palazzo Boccarini, Amelia (Italy)
Thus, the ARCA annual conference represents a vibrating top level platform for the exchange of experience, knowledge and best practices among the professionals and scholars from all over the world, where each of them and all together are united by the passion of combating the injustice and crimes against our cultural heritage, our dignity.
To read more about the Annual Interdisciplinary Art Crime Conference, Minerva Scholarship and ARCA Master’s program, visit the web-site of the Association http://www.artcrimeresearch.org