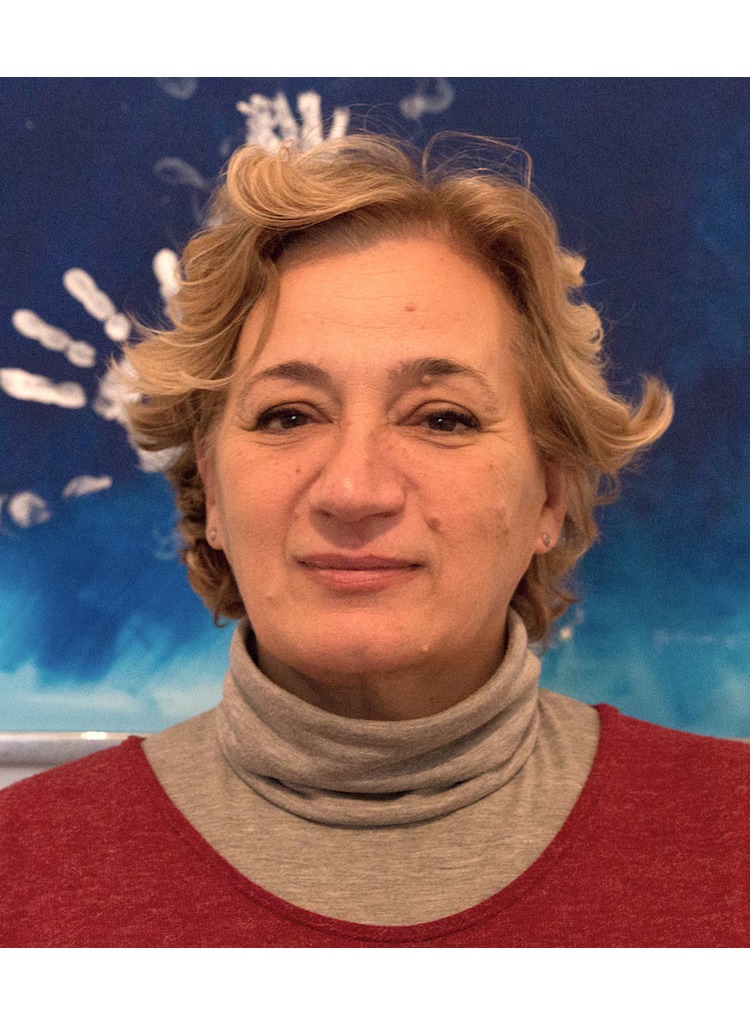 Conservator
She was born in Florence where she studied at the School of Art graduating as a ceramist. She attended the Academy of Fine Arts in Florence with a curriculum oriented towards restoration, graduating in sculpture.
In 1981-82 she was in Central America where she studied pre-Columbian ceramics and performed artifacts using the technique of the ancient Indian populations, which were then exhibited at the "Casa de la Cultura de Heredia" in San Jose, Costa Rica. At the same time she taught and worked as a ceramist at Mrs Chavarria's atelier.
For several municipalities in Tuscany, including Florence, she holds courses in elementary and middle schools for the entire school year, which involve studying and putting into practice the ancient techniques of ceramics processing such as the Etruscan ‘bucchero’.
She has worked for many Florentine and Sienese companies as a conservator of stone material including Palazzo Strozzi Sagrati in Florence, New Uffizi Museum Complex, Monumental Cemetery of S. Miniato Firenze, Chigiana Academy of Siena and as conservator of archaeological ceramics (coming from different sites including the archaeological area of ​​Rocca Sillana the archaeological area of ​​San Lorenzo in Greve, the Nuovi Uffizi museum complex, the archaeological area of ​​Buccino, Salerno, the archaeological museum of Rimini).
In the years 2013/2014 and in February, August and September 2016 she worked as an art historian at the Basilica of San Lorenzo in Florence for Opera Cooperativa d'Arte.
Since 2009 he has been collaborating with CAMNES participating in the activities of the archaeological restoration laboratory, for which she also conducted restoration courses in the years 2012, 2013, 2014,2015,2016,2017,2018,2019 and was CAMNES-LDM Archeology Lab Coordinator.
Currently she also works as an educator / art therapist in the school for the Vittorio Cooperative.
She is registered in the list of names authorized to exercise the profession of Conservator  art. 182 and pursuant to art. 29 of the legislative decree 22nd January 2004 n. 42 (Code of cultural heritage and landscape).
Curriculum